My first interest in GTA Series is in 2005, when I starting to play GTA SA for first time in PS2 Rental and it's really exciting, but however I can't play GTA SA again until 2011, where I bought GTA SA PC version DVD-ROM then installing it on my laptop (after some fails), I then played other GTA Series such as:

After sometime in August 2014, I retired playing GTA SA and moved to play Just Cause Series.
And sometimes after that I focused to play Android Games, because my laptop is too old and can't play current games.

Then in July 2015, my parents bought me a laptop, so I add it with some game that I download from many websites and some of them were given from my friends:

Note: the date when I'm first starting creating mod that shows ''since 07.11.2012'' is wrong, maybe due the page error or something.

And by the way, if you're kindly and felt my mods is really meant and worthy to you, I accept any donation to my PayPal, no matter the balance is, it is very meaningful to me :) 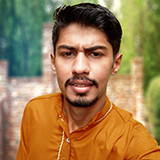 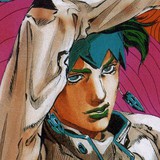 ENB and Colormod for old PC

No Dust And Spark Effect

Quote: Alhassan Ahmed
What the hell is that

That's a kid named "Young Lex", he was an Indonesian DJ and infamous artist which is controversial and too grumpy, he even ever blamed and challenge his own fans to fight with him

Quote: hoanghai
i love this

Thanks man for loving my old mod, hehe