GTAinside became a victim of a hacker attack yesterday. To protect the site we have installed several security mechanisms. If you find something suspicious or something is not working, please send us an email to [email protected] We thank you for your support.
Advertising

He completed his primary , secondary and high school education in Amasra . While he was still a high school student , he became interested in sailing as a professional in Amasra Sailing Club . His interest in music started at an early age. When he was in elementary school, he said that the block flute was in the streets. But the realization of the music by the musicians who came to Amasra to learn to play the keyboard, guitar and harmonica has been with. Barış Akarsu was influenced by rock , hard rock and heavy metal bands and artists of the 1970s and 1980s . Antalyaworked as an animator and musician. He served as a waitress, bartender and musician in Ankara. Then he came to Karadeniz Ereğlisi and made programs in various bars, local television and radio stations for four years. During this period, published in ATV channels Academy of Turkey participated in the contest and July 2004 was completed in the first contest. Immediately after the competition, he settled in Istanbul and continued his musical studies. In the period until the conclusion of the contest remove the debut album from the number of different places in Turkey last gave 200 concerts.

On December 31, 2004 , he released his first album Islak Islak with the production of Serdar Öztop from Seyhan Music . In the same year, he made clips for "Wet Wet", "Who Were He," "Amasra" and "Blue". On August 3, 2006 , he released his second album Düşmeden Bulutlarda Koşmam-I (I Need To Run) . The album consists of two new works: "Yeter Be" and "Ben" from Akarsu. From the second album; "I shot up the bottom" and "summer did not say" parts were taken clips. Started to be published in Star Channel in 2006 Yalancı Yarim and took on a leading role in the series. After this series, millions of people began to be known as "Alfonso Tariq". Barış Akarsu had a car accident at Torba Junction , on her twenty-eighth birthday, on June 29, 2007, around 10:30 pm on the evening of Friday, June 29, 5 km from the town of Bodrum in the Mugla Province . Zeynep Koçak (24) and Nalan Kahraman (37) who were in the car died at the scene. Barış Akarsu was brought to the hospital with his heart stopped and his heart was re-operated in the emergency room. Private Bodrum Hospital removed the Peace River, after five days of intense July Maintenance 4 2007 Wednesday on the day of 20:10 but died at 23:10. As long as she stayed in intensive care in front of the Private Bodrum Hospital, her followers were vigilant and hoped that she would recover. He was said to have tried to restart the waters at 20:10 after his heart stopped. After his death, the series Yalancı Yarim and his new album were left unfinished. In January of 2008, a documentary DVD was published in which a collection of songs from the series, including a collection of songs, was published. Akarsu, who died at a young age, was buried in Amasra .

The sculpture of the deceased artist was made by Tankut Öktem . This statue, which will be 3 meters, was completed by his assistants due to the death of Öktem. The statue, which was successfully completed, was erected on 4 July 2008 at Amasra at the First Peace Stream Culture and Art Festival. In the first year of his death, it was decided to change the name of the intersection to "Peace Junction" and work was started in December 2009 in order to eliminate the defect at the point of death junction. The works were completed in 2012 and the intersection was opened for use.
Discography
Wet Wet (2004)
I Need To Run In The Clouds Without Falling (2006)
Who is He (2007)
Timeless Income (2008)
Awards
Academy Turkey Competition Championship
The Best of the Event FM 2005: Best Performing Rock Artist
Future Magazine's survey in schools: 2005's Favorite Rock Artist
Orange Media Group Organization Golden Notes Music Awards: Best Pop Rock
Istanbul University Informatics Awards: Cem Karaca Special Award
USDER (International Health, Education and Social Services Association) Best of the Year Survey: Rock Music 1.
Expo Channel: Cem Karaca Special Award
13th King TV Video Music Awards: Best Rock Music 1.
FERSA 2007-2008: Best Musician 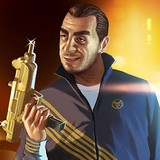 MertBey
Advertising
My Rank
I have 1 rank points.(?)

How to install the mod?