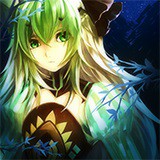 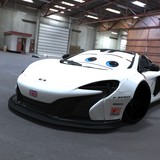 Zen-Imogen
Advertising
My Rank
I have 12 rank points.(?)

Quote: LywnReed
Sorry that's not what i mean, i talked about this word "Please stop stealing" <--- it's an irony

Quote: Zen-Imogen
@LywnReedwhat do you mean? I didn't steal from anyone, -_-


Then, do you have a permission from NaturalMotionGames Ltd and Kunos Simulazioni ?

Permission for what? NaturalMotionGames Ltd provided the original Model and then Zen converted it to GTA SA. By your logic, every car on gtainside is stolen, because most of the cars were made by converting an Other Game's model to GTA SA.


Yes, but that's not what i mean. I talked about the copyright that he made

Don't you see the Credits list? He pbviously stated "NaturalMotionGames Ltd" and other sources that He has gained help from, or has taken a texture from. I don't see any problem with it, as long as He included the Original Texture sources, or people who has helped him.

Sorry that's not what i mean, i talked about this word "Please stop stealing" <--- it's an irony

Well He was talking about Indonesian. If you don't know it, Many Indonesians are a Lazy bastard who can't create a mod by theirself. They reupload many of Car Mods I've seen on gtainside.com to gtaind.com with their name being the Author. They even to lazy to change the Mod translation from English, changing the plate, and left an obvious clue that their Mods are stolen. I've seen someone who uploaded a SabreGT Turbo to gtaind.com that was originally uploaded on gtainside.com with the exact same screenshot from the one on gtaindise.com. How do I know that They were stolen? The Date says it all. If a Mod that has already exist was uploaded on gtainside, and later uploaded on gtaind with the exact same screenshot, and the worst, they changed the Original Author's name to their Own name, and claim it as "Theirs", The Mod is obviously stolen. Technically, Zen wasn't stealing. At least He configured some setting up by himself, and modelling them, mixing them, one by one, which requires a Skill and a Lot of effort and times.

Also, by your Logic, every popular car Converter on gtainside.com is a stealer, considering that most of them include "DO NOT STEAL THIS MOD" in their Mod descriptions.

, if you meant copyright he's allready include it on the description.
Credit belongs to :
- NaturalMotion : CSR Racing (P1 GTR).
- 505 Games : Assetto Corsa (P1 HQ Interior)
If you still making a mess here....
get your feet out of here!(gtainside).