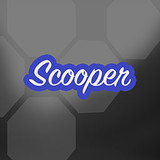 Scooper
Advertising
My Rank
I have 8 rank points.(?)

@kkjj One of the parameters that most influence the "feel" of a dark night is the static lighting, lowering other values without lowering the static lighting value will result in a terrible image. But here is the thing, when very low values are used, some places become totally dark, creating an undesirable contrast in the environment, so making the nights too dark will cause problems, and even if you only change the color correction to decrease the brightness, it will still have side effects, the game will get darker but it will also become more and more opaque as you lower it, not to mention that this will affect the entire screen, which means light sources and another things. I know this because at first I tried to make the nights darker, in the end, I realized that it is not worth it, the nights of this timecyc are a balance between dark and bright, not too dark but also not very bright, if you really want more darker nights, and do not mind those side effects, download the "In-game Timecyc Editor" and edit the nights at your own risk, I do not recommend it, but if you really want it, go ahead.

@guru_guru Thank you for these words! I'm glad people are enjoying the mod!

@peplegal Thank you! I'm glad you liked it!

@ZL1 Do you mean the dynamic shadows? I do not use them, but I can try to do what you said, maybe I'll add a "dark" option for those who use them.