Okay, so by right i feel as if I should update my profile here as this is my one little corner for myself on the internet i guess. I kinda be in pain right now as usually though (gum issues) I have canker sores (yeah, i know gross lol) ..I get them almost every week; it's like a constant thing.. one which actually had been happening to me from around 10 years now but that i did not fully understand what was happening to me all along.

Been wanting to fix this but when you have not money it's quite difficult to get out of certain situations and (yadaya can't really bother to talk about it all) I mean well, although i have it not as bad as some, nevertheless pain is pain. I do have bad breathe also so you can just imagine the complications these things all cause in my life lol (Don't say just brush your tongue, there are different things/underlying conditions that causes this problem for some people.. in that 'everything' is not always the typical for everyone)

Anyway, can't bother to talk too much right now as my mind is a bit messed up and stuff so it will all have to be just a little quick type thing..

Just mostly wanted to say these things that last year (2020) when i was going away from the site (in february) about a week or so afterwards that's when the whole corona virus thing started to become a really serious global concern ( i should also point out this crazy fact also that at the early parts of december; 2019, it seem as if i had likely contracted some form of std or something ( some wired things began happening to me, things that usually happen whenever certain type of viruses enter the body).. stemming from the fact of bathing in a dirty pan that someone else used (my older brother) because i did not fully rinse it out before using it.. haven't really checked it out yet, I kinda be in a state like it's whatever and also that by now it kinda feel as if it's sorta like a nonexistent type thing. All in all, I just knew that the signs that it brought about are similar to what happens when certain viruses enter the body)

But also, now in October (2020) i was leaving the site again (right around the time when I began playing the mystical Zelda Ocarina Of Time game; N64) and this time around the 'same' or the 'other week' after that, my older brother died.. on the 10 or 11th of October.. Drowning.

According to my "mom and dad" they said the autopsy said he drowned and nothing else, at least that is what was told to me. They didn't want us to go with them either it seem i don't know, but that's just how they do their things i guess..

Overall my whole life is a bit (lol?!?) strange and crazy..
Also, never thought we would lose a family member around this point in time, it's a bit weird.. The thing you might not also have known is that he suffered from a very terrible schizophrenic problem/condition..

Just stating all this though that if in case you know me and thus knowing my brother in real life, you can know what's what.

Might would have posted this sooner (It is now May 28, 2021..i know, crazy.) but i have limited access to the internet and i don't really like just coming on the internet using a little one day or two day internet pack to just come here and post this kind of thing.. it's just not entirely how my mind operates. But also now in that, if I be coming here to update my profile then i might as well upload a few mods since i already have them built, and that if in case anything happens to me it makes not that much sense to build them and keep them for myself since they can be of benefit to someone else. Anyhow, that's my little half rant-like explaining a few stuff type shit.. I don't know when i'll be here if ever again, so goodbye and take care.. to all my imaginary-like friends! (those who support and appreciate the things I've done)

And yes, San Andreas is pretty much the only game I play basically, though not so much, these days.. I had Euro truck sim installed for a little bit.. I like those type of games, but the truck sim game was a bit slow on my pc, especially when viewing the interior while looking to purchase a new vehicle, so i had to uninstall it, fml i guess. lmao

Link to where I've posted a few edits for some other mod stuff :: forum.mixmods.com.br/f94-workshops/t6591-sameshine2k18-s-workshop 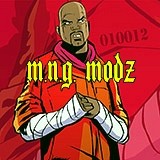 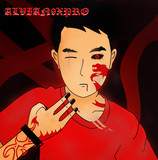 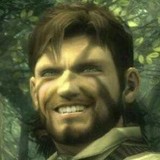 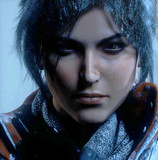 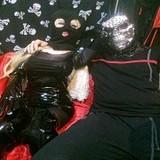 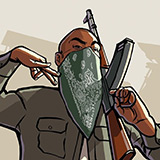 diegoforfun
Advertising
My Rank
I have 257 rank points.(?)

Move The Leviathan Helicopter At The Aband ...

On The Go Vehicle Paintjobs

No Hunger and Sleeep in SA

Sit down in San Andreas

Drive By Mod For San Andreas 3.1

Relax in car (Rest hands while in car) SA

i used to play vcmp back in the old days though.. Back then, two blasts from the shotgun could k*** a hacker

lol Well, i don't know how it is now anyways..

@trexlooker lol Okay, but i doubt i will do such a thing anyhow, I haven't coded anything in months, well.. sort of

@Yukine okay, so just a little follow up on this as i know sometime when i start talking to people online i become a maniac so just in case for anyone else out there who be wondering about the mod, first time the mod would seek to write and keep set the memory addresses to prevent the game from auto swinging the camera behind the vehicle for when in a drive by state, but i noticed that as long as the mod is being used in the game, active or not, the persistent write caused the game to crash when doing the first Ryder mission.. hence what was done instead was to save the original values for the memory addresses, set the custom ones when needed and restore the original values whenever the mod is finished doing it's intended use. After doing such, the mod no longer cause such a crash anymore.. So i just assume that you might not have taken the recent update or that you may have seen the update but made the comment anyhow... Nevertheless, i checked quite a few times but the error did not happen so i did not bother with possibly going on a wild goose chase

Quote: Quickfang
hi i had a question...

Well then, you should have asked it