(English) Hi, i'm the user Saeko_Himejima_1990. I love the Anime & Manga, i love play all the Grand Theft Auto Saga and very soon i share with you new cars only for Grand Theft Auto: San Andreas. If you have PS4 Account, remember, my PSN ID is el_mejor54 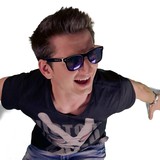 VindiCaToR
Advertising
My Rank
I have 47 rank points.(?)

High School Of The Dead Pics in CJ'S House

Could you try to Find High School of the Dead, High School DxD or The Testament of Sister New Devil Skins for GTA SA :D ?

@modeeper At least my mods are like the old times of modding in GTA SA, as you, and at least I trying to make it more "realistic" as possible. Besides, I try to make it less creepiest like this.

@SergeDV@Fernando33 I thought that every game in .torrent file was full. And my thoughts that confirm that was the .ISO File. One think are ripped games, that are incomplete and another one are full games. The most famous example is GTA: San Andreas, in the RIP version, the audio and voices are missing, unless you download tne CONFIG, SFX and Stream folders to "convert it" in a full game. And the full version of GTA: SA, is too obvious. GamesTorrents, like I said is the place were I download my games, and before download the TS 2015 from that website I thought that all Torrent games are full.

@Fernando33 @SergeDV Let me explain to you: in case you have installed the TS 2015 Steam edition, the route will be always the next one:

And, unlike the Steam version which have already the folder: \Assets\Kuju\RailsimulatorUS\RailVehicles\Diesel\, my version doesn't have the folder of RailsimulatorUS\RailVehicles\Diesel\, instead have a folder named RailSimulatorCore. Like I said, my TS 2015 version is the 48.0. What I am asking to you, is if you have the TS 2015 from Steam or is from GamesTorrents, but a more older or newer version? I hope clarify your doubts.