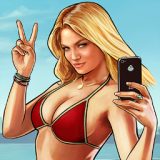 No mods uploaded so far.

ok so update; for some reason, there was a "switch player config" file in the cleo folder despite me only placing the "Switch_player_mod" folder in the modloader folder. after deleting it, everything works perfectly! First thing i did by accident was get in a fight with a lot of ballas who were nearby and i hopped onto a motorcycle and kept on driving with my ai buddy shooting at anyone who threatened us! it's also cool that in driveby mode i can finally aim at enemies instead of being limited to shooting at the left and right!

TLDR i found out what caused the issue earlier and had a lot of fun with your mod. Congrats! keep up the good job!

Was running more or less perfectly fine, my game started to slow down, and every time i told the ai to switch weapons, they'd just use their fists, but the mod looked to be working until i went to the menu to change some things.

I turned off regenerating health for both me and the ai, and then i decided to switch their preferred weapon to Rifle instead of M4. After that it gave me an error code like "invalid weapon; make sure to change it" or something like that, and my game crashes.

Every time i load the mod up through modloader, it has this glitch where i didn't even bring up the menu or summon the ai, yet the menu pops up and an ai wearing CJ's skin spawn and whenever i press the "A" key, it activates the dance emote menu thing and forces the two to dance (which used to crash a lot because it would also switch me to the AI in the process)

ok so just in case you are wondering, i have other CLEO mods and modloader stuff in the background, but nothing that inherently changes gameplay too far like a skin selector, ped spawner and a weapon skin folder. Am running on windows 10 also just in case that's relevant for debugging this. I'll do a little experimenting to see how to fix this and report if anything clears out.

I managed to put all the files where its supposed to be, but nothing happens when i go to the location marked on the map; i was kinda expecting maybe a menu or something i need to activate in order to play this mod? or maybe i'm doing something wrong? How do you activate the mod?

(I'm forced to use windows 10 btw, i'm not sure if that helps with solving the issue since the last mod i tried to use wasn't compatible with my laptop's architecture)

@fan scripti guess i was doomed to begin with if it's pc architecture specific... I'm forced to run windows 10 so i guess there's no way around it. Thank you so much for replying and helping me out either way!

ok nvm the skin.txd file was in the google drive link posted above. Now i have a new problem though; i put skin.txd in the right spot, and now the game always crashes