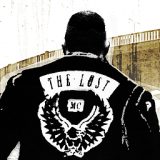 @elcreador Update: It seems using any kind of Filter in editor will crash your game w/ Liberty. It could be because I have graphics installed tho.

Think I solved the issue. I believe there was a corrupt issue in the files somewhere. I completely deleted the mods folder, redownloaded the update rpf. (from Game directory > mods folder) Downloaded and installed V3.0, I then installed director mode fix (replacing the interiorsny, 64 a, 64 b) This fixed the issue however when i went to edit camera I found that the game crashes. I went in and uninstalled no Rockstar editor restrictions and so far i can record footage and edit. I will further troubleshoot, Tons of people have this issue so I hope this helps someone

I hope this Rockstar editor thing isnt an issue the other maps such as Vice Cry, Cayo perico, Las Venturas etc. The majority of people download these to take footage so having this bug is a very big deal..

@NotKree @elcreador I notice that the Store, Friends and Rockstar Editor doesnt load. All 3 have the infinite loading issue. Not sure what the pattern is other than they are all online?

@elcreador Tried that and no dice. Still infinite loading. I made sure to insall this v3 (via package installer oiv) and replace common rpf, the 64a and 64b as well as the nyinteriors.

@elcreador Thank you! I will try this and let you know how it goes